To facilitate better understanding of the case, the Urgenda Foundation has made documents relevant to the Climate Case available in English. Here you can find translations of legal documents, including the summons, statement of reply, pleadings, judgment and a summary.

In a letter to Urgenda, the Dutch government acknowledged that its actions are insufficient to prevent dangerous climate change. Urgenda concluded that The Netherlands is knowingly exposing its own citizens to danger. In legal terms, that is a wrongful act of the State. The Dutch Supreme Court has consistently upheld the principle that the government can be held legally accountable for not taking sufficient action to prevent foreseeable harm. Urgenda argues that this is also the case regarding climate change. The Urgenda Foundation and its co-plaintiffs believe that preventing dangerous climate change is not only morally and politically the right thing to do, but that it is also a legal obligation that cannot be ignored.

The final decision of the Supreme Court will be delivered at a hearing on 20 December 2019 at 11:00AM.

DISTRICT COURT OF THE HAGUE

The summons marked the start of the legal proceedings in the District court in The Hague. Urgenda set out the facts of climate change and explained why emissions need to be radically reduced to avert catastrophic harm. It provided the grounds upon which it claims the Dutch state is legally obliged to take action to reduce Dutch greenhouse gas emissions. An English version of this document can be found here.

In its defence, the State acknowledged all of the facts of climate change, including the potentially devastating consequences if no action is taken. The State implicitly acknowledged that it is not doing its share to avoid dangerous climate change. However, the State rejected the notion that it can be legally obliged to act. In short, the State argued that there is no legal obligation on the basis of which it is legally bound to reduce greenhouse gas emissions. Furthermore, the State argued that whether and to what extent emissions should be reduced is a political question in which the courts should not intervene.

In its statement of reply, the Urgenda Foundation strengthened the legal argumentation that was laid out in the summons and reacted to the defence of the State. After the statement of reply was filed, the State submitted one final written rebuttal before the hearing.

On 14 April 2015, oral arguments were presented at the District Court in The Hague. The pleadings of Urgenda can be found here and here. The District Court of The Hague issued its judgment on the 24 June 2015, ordering the Dutch State to lower its emission by at least 25% before 2020 compared to 1990 levels. The court published an English translation of the judgment.

In addition to the translated documents provided by the court, Urgenda has provided video footage of the court session in which the court presented its judgment, including English subtitles (see below).

COURT OF APPEAL OF THE HAGUE

In September 2015, despite calls from leading scientists, lawyers, citizens, companies and the 886 co-plaintiffs for it to accept the decision, the Dutch government decided to appeal the judgment. It made this decision even though it is taking steps to meet the target set by the Court. The appeal at the Hague Court of Appeal took place on 28 May 2018. The English translation of Urgenda’s response (known as its notice on appeal) can be found here.

On 8 January 2019, the State filed its grounds of appeal to the Supreme Court. The grounds of appeal can be downloaded here (in Dutch). Despite its initial announcement to file the appeal because of its disagreement with the Court of Appeal’s approach to the question of ‘separation of powers’, the State challenged a wide range of findings that were made by the Court of Appeal. This includes the finding that the State has a human rights-based obligation to reduce emissions and the necessity to reduce Dutch emissions by at least 25% by 2020 compared to 1990 level in order to prevent global warming from exceeding 2⁰C.

On 13 September 2019, two chief advisors to the Supreme Court, the Procurator General and Advocate General, published an Advisory Opinion. The Advisory Opinion assesses every argument that has been put forward by the State and concluded than none of them are persuasive. They therefore concluded that the judgment of the Court of Appeal should be upheld. A translation of the 180 plus page Opinion can be found here.

The final judgment of the Supreme Court:
On 20 December 2019 the Supreme Court, the highest country states that the Dutch government must reduce emissions immediately in line with its human rights obligation 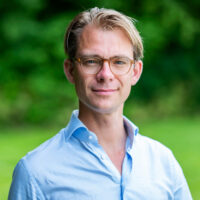